On 18th October 2013 I set off on an overland adventure, travelling from my home town of Frome, UK all the way to Kerala in the south of India. Here’s how I did it.

Prior to experiencing the post-university world of jobs and houses and responsibility I’d never really had the travel bug. My younger sister interrailed throughout Europe in her gap year before university; I did the ‘sensible’ thing and got a job.

Although enjoying my fledgeling career, thoughts of travel started to surface. I wanted to see totally different cultures and, inspired by my parents' own travels, I started setting my sights on India.

I like to think of myself as environmentally conscious and so I was fairly set on not flying – train travel can reduce the carbon emissions of a trip by a factor of 5 to 10 compared to flying. I occasionally perused Seat61’s UK to India Overland page with nothing more than vague plans about how I would get there.

But one evening in August 2013, personal circumstances led me to decide that now was the time. The next day I handed in my notice and foolishly decided I needed only six weeks to plan the trip that would take me out of Europe for the first time in my life.

The Seat61 site suggested two possible routes. One, detailed in the UK to India Overland page linked to above, went via Turkey, Iran and Pakistan; the other via Russia, China and Tibet.

I agonised over the choice as well as briefly considering flying, given the considerable challenges of both routes. Both offered adventure but both also came with difficulties: the first, getting through Iran and Pakistan overland and dealing with potential security issues; the second, being able to get into Tibet at all given the complicated political situation there.

In the end I decided that the Russia/China/Tibet option was the one for me – I figured that getting from the UK to Beijing wouldn’t be too challenging and if all else failed I could just get a flight from China to Kathmandu to skip out Tibet. 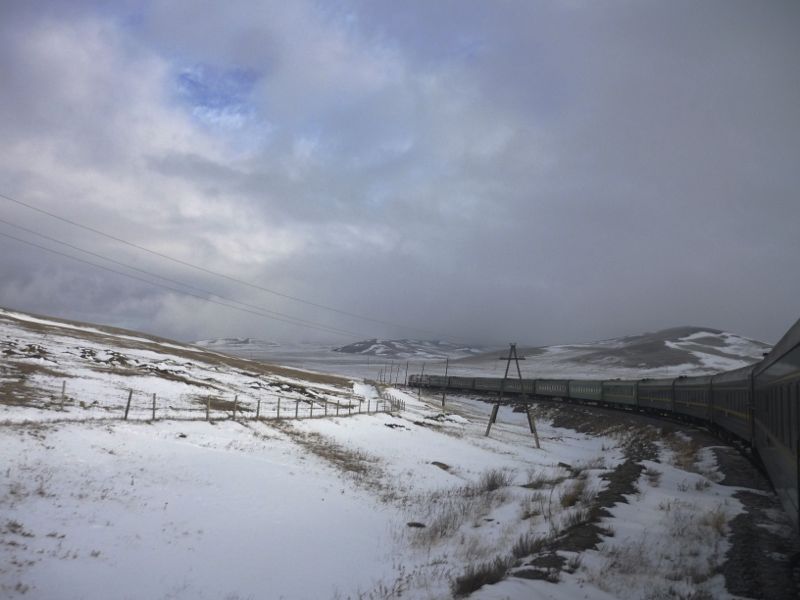 I’d also always been interested in taking the Trans-Siberian train and this would be my opportunity.

Because of the number of changes involved, and my desire to get to Tibet and Nepal as soon as possible to avoid visiting in the harsh winter, I decided I would book as much of my trip as I could in advance (preferably to Nepal).

Using a spreadsheet I planned out each train I’d need to take and booked them in three separate segments: London to Frankfurt, Frankfurt to Moscow (both with RailEurope, now Voyages SNCF) and Moscow to Beijing (with Real Russia).

Going through so many countries, I needed to apply for my visas pretty quickly. I did not think this through before deciding when to leave and I would not recommend applying for five visas (Belarus, Russia, Mongolia, China and India) with only six weeks to go.

Fortunately I had just enough time. I applied for the India visa independently first (before I had made my mind up on my route), then applied for the rest through Real Russia who were incredibly helpful and got my passport back to me with one day to go before leaving.

The only downside was that it cost me much more than it otherwise would have done, both to get the visas processed through Real Russia instead of doing it myself and to get some of them fast-tracked so I would receive them in time.

The visa for Nepal was simple for me: just turn up at the border with 40 USD (or a friend who has it – thanks Sara!) and pay the border guards.

This was the trickiest part of the planning. Once I’d decided on the route I started researching tour companies. Due to travel restrictions, foreigners can only enter Tibet as part of an organised tour. I then started sending out a few enquiries. I also posted on the Tibet section of the Lonely Planet forum, asking whether anyone would be willing to join me. 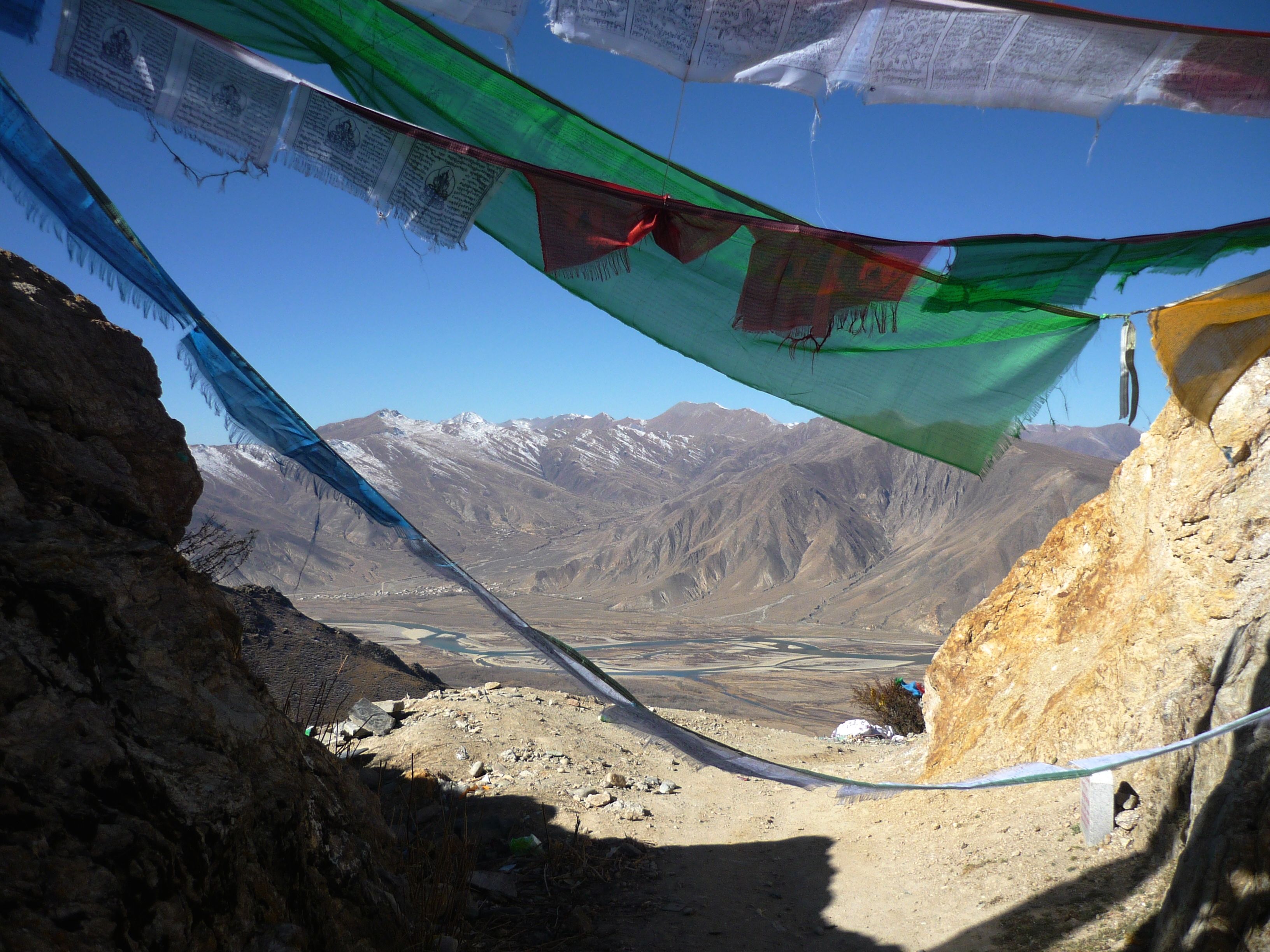 Luckily I was able to find two travelling companions interested in doing the same trip as me (Lhasa to Nepal) and with less than 48 hours before I left home, we requested our tour with Snow Lion Tours. This Tibetan-owned operator had come highly recommended by other travellers and having now travelled with them I would also not hesitate to recommend them.

However, I couldn’t pay my deposit until I got to Moscow and even then I wasn’t 100% sure it would all go through. I finally received confirmation half-way through my Trans-Mongolian journey. Phew!

All-in-all, travelling from Frome, UK to Cochin, Kerala, India took me about five months. That includes three months around India and a month in Nepal.

Well, it certainly would have been a lot cheaper to fly directly to India, but where would the fun have been in that?!

My spreadsheet details the ticket costs which totalled £856 to Beijing. In addition I spent about £600 on the visas and ¥5730 (approx £560) for the Tibet tour. As I said before, the visas would have been cheaper had I started the application process sooner and the tickets would have undoubtedly also been cheaper if booked further in advance.

If you’re thinking of taking any trains from Moscow east and fancy taking a bit of a risk, you can buy your tickets at the station in Moscow for a fraction of the cost you get them for through an agency. However, don’t expect the process to be straightforward (I spoke to a couple on the train who did this and it took them several attempts), or that the tickets you want will necessarily be available.

In short, I had an amazing time. The Trans-Siberian was fantastic, partly due to the experience and the scenery and partly due to my fellow passengers, China and in particular Tibet were eye-opening and Nepal was the highlight of my trip.

In fact, I had such a great time that once I got to India I decided I didn’t want to stop so I flew to Australia (I agonised over this decision and spent a long time trying to figure out how to get there overland; alas, it was just too difficult) and spent five months there and in New Zealand working and travelling (but mostly travelling).