Unless there is a "radical shift in meat and dairy consumption", it's unlikely we'll be able to keep global temperature rises to two degrees Celsius.

The world eats a lot of meat and we’re eating more and more each year. The supply of meat per person across the globe almost doubled in the 50 years between 1961 and 2011.

Growth in countries like China is even more pronounced – in 2011 the supply of meat to China was almost 16 times as much per person as in 1961. Even in countries such as the US and UK, supply has increased.

The problems with meat

The problem with meat production is that it’s so inefficient: livestock consume 4.6 billion tonnes of carbon per year in feed but the produce (meat and dairy) ends up as only 2.6% of that, even before losses are taken into account.1

What’s more, agriculture represents a significant proportion of global emissions, exceeding those from the transport sector. Experts estimate that the total global greenhouse gas emissions for livestock alone account for at least 14.5%,2 and possibly up to 51%.3

And one paper predicts that if current population and consumption trends continue, greenhouse gas emissions for livestock would increase by around 77%.4 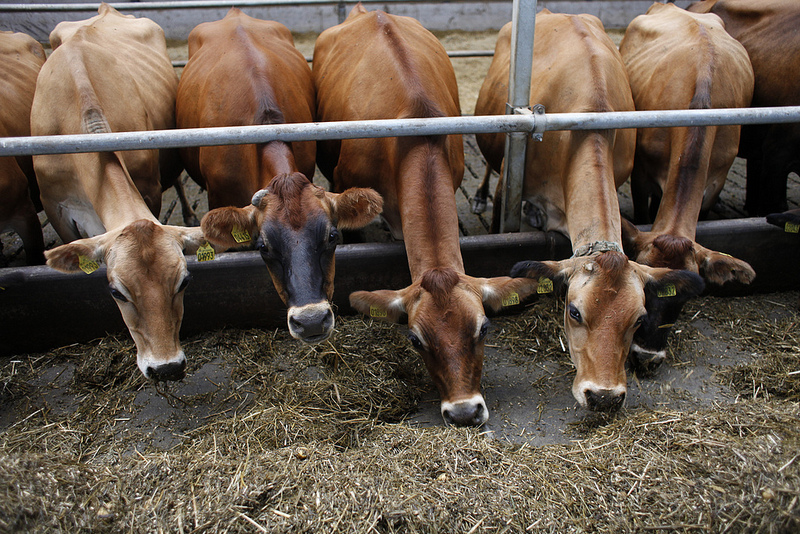 With meat production being so inefficient, huge amounts of land are given over just to feeding animals – 75% of agricultural land and 23% of arable land worldwide5 – and increasing demand means that cattle farming also plays a major role in deforestation, both directly and indirectly.

In 2011, 90% of deforestation in Columbia was caused by cattle farming.6 75% of soy production, also a major contributor to deforestation, goes to feeding animals.7 Not only does deforestation destroy habitats and reduce biodiversity, it also destroys a valuable source of carbon storage and is a primary cause of carbon emissions in the agricultural sector.8

How will stopping eating meat help?

In principle, if everyone moved to a purely vegan diet we could feed 4 billion extra people.9 A reduction in the production of meat will also result in there being more land available for other uses – planting forests, bioenergy etc.

But perhaps most importantly, a 2014 report states that unless there is a “radical shift in meat and dairy consumption”, it’s unlikely we’ll be able to keep global temperature rises to two degrees Celsius.10

Not all land that is used for grazing would be suitable for growing crops – about 14% of feed by carbon mass comes from land like this – but its use for grazing “can still have negative consequences for carbon storage and biodiversity."11

However, it is difficult to envisage a transition to entirely plant-based diets in all areas of the globe: many regions rely on livestock for food security as they can be fed on plants that aren’t suitable for human consumption or graze on land that couldn’t support crops.12

By transitioning from a high-meat to a vegetarian diet, your carbon emissions could decrease by about 3.38 kgCO2e per day (that’s 47% less). That’s roughly the equivalent of eating 3,084 loaves of bread per year.

And don’t forget this just shows the estimated potential carbon savings, without taking into account the extra benefits that come with more land being available.